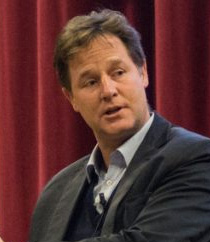 Two of the most influential members of the Coalition Cabinet, Ken Clarke and Nick Clegg, have both this autumn published accounts of their time in government.

Join them for an unmissable finale to the Dulwich Literary Festival as they discuss the way we lived then, with Arifa Akbar, former literary editor of the Independent newspaper.